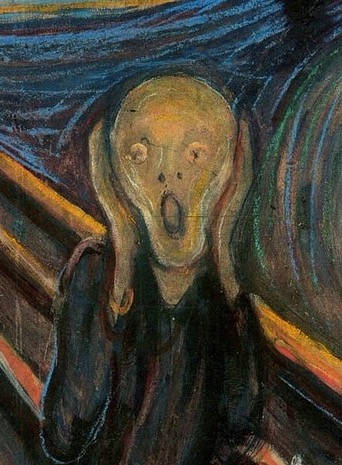 I would like to clarify an often overlooked difference in the quality of traumatic events causing the formation of psychological disorders commonly called PTSD (Post-Traumatic Stress Disorder). Traumatic events inflict physical harm or and associated distress, and have the potential to damage the mental stability and emotional well-being of persons involved in the event. Damage does not stop there, however. The ripple effect caused by a traumatic happening may extend to persons who witness the event as well as to persons who hear about it. These types of trauma, if it has a long lasting effect, can also cause PTSD (Post-Traumatic Stress Disorder).

There is another kind of trauma, that is less physically defined, and although its impact could be the consequence of a physical act, in its nature, much more about the quality of the interaction (judgmental, belittling, cruel, hurtful, etc.). For example, the humanly belittling result of someone else’s control, repeated critical comments, or treatment that consistently lacks kindness, empathy and resonance. Such communication and behavior when repeated or constant can cause harm to the developing Self. Emotional abuse, sexual abuse (even when it is not physically ‘vicious’), or critical loss in a child’s life are considered traumatic.

Once the event sinks into the past, we might not even consciously remember why certain situations impact us emotionally, but we notice that we are not coping. If we remember the traumatic incidents, we can still find it emotionally difficult to cope with the connecting situation in the here and now. If we are allowed to express our feelings freely and are comforted, understood, we do better than someone who must bear the emotional burden alone. Children who suffer trauma are too often alone with the emotional burden that follows. In therapy, that is one of the reasons why the therapeutic relationship has such a powerful healing effect.

Complex childhood trauma, described above and defined as multiple trauma, sometimes causes a condition known as developmental trauma disorder. Children who are repeatedly traumatized tend to lose their sense of self, or, even worse, they never have a chance to develop a sense of self. They also are at risk of abnormal brain development caused by aftereffects of the body’s “fight or flight” hormones, which are released during times of stress.

Studies conducted for example at McLean Hospital in Belmont, Massachusetts, revealed several alarming brain abnormalities in adults who were traumatized as children. Here are a few:

• Underdeveloped left cerebral cortex, which normally contains several billion nerve cells. Abnormal EEG readings in the left hemisphere, at times including seizure activity.
• Poor development of part of the corpus callosum, the part of the brain that serves as a pathway for the left and right hemispheres to communicate with each other.
• Abnormal activity in the part between the left and right brain known as the cerebellar vermis. This strip regulates the limbic system’s electrical activity.
• Increased excitability of the limbic system, a network of structures that control emotions such as fear, anger and pleasure. This system also plays several other vital roles.
• Up to 12 percent reduction in size of the left hippocampus, which affects memory.
Differences Between Complex Childhood Trauma and PTSD

The fundamental difference between PTSD and Developmental Trauma Disorder is that the later involves a personality development effected by the complex trauma, In PTSD, the person often has a developed self and the trauma occurs in the context of a developed personality.
The symptoms that result from complex childhood trauma infrequently meet the criteria for a diagnosis of PTSD. More often, the adult diagnosis will be Borderline Personality Disorder, or BPD. In a small number of individuals, these two disorders coexist.

Some of the characteristic symptoms of BPD are:

PTSD can occur from exposure to a single traumatic event. The trauma may have been experienced as an adult or as a child. Here are a few diagnostic signs of PTSD:

Neuroimaging studies of the brains of patients suffering from PTSD reveal changes to the Medial Frontal Cortex, the Hippocampus and the Amygdala. These changes may explain why persons with PTSD startle easily, have trouble relaxing and suffer from flashbacks.

The Conversational Model of psychotherapy, developed by English psychiatrist Robert Hobson, and the well-known Australian Psychiatrist, Russell Meares, utilizes a special conversation and unique quality of relatedness, that allows the client fully be him or herself. The therapist must be thoroughly trained and have the skills to pay close attention to what is said and especially the emotional content of the conversation. The therapist must respond in a nonjudgmental manner that validates the client’s feelings and emotions and creates an atmosphere of acceptance, safety and responsiveness. In this caring, safe environment, the client becomes able to reveal his or her fears, difficulties and concerns so that these issues can be reflected upon and resolved. In the right therapeutic environment, the person’s own resources can ‘kick in’ and the developmental flow can re-gain its momentum.
The Conversational Model makes use of specific mental activities that take place during the conversations between the client and the therapist. These activities assist the client in accessing all areas of the brain, which helps to reestablish connectivity between the left and right hemispheres. As therapy continues, the client’s sense of self comes together. The client moves toward emotional stability, relationships get better and hope replaces despair.

To make an appointment, please call (02) 9327-6621 or click the Book Now button above. If you have any questions about therapy, please contact me here.

This website has been set up to provide information of a general nature about sydneypsychologist.com.au and is not in any way intended to provide clinical advice or be a replacement for professional services. Accordingly we shall not be liable (including liability for negligence) for any damages (including without limitation, direct, indirect, punitive, special or consequential) whatsoever arising out of a person's use of, access to or inability to use or access this website.